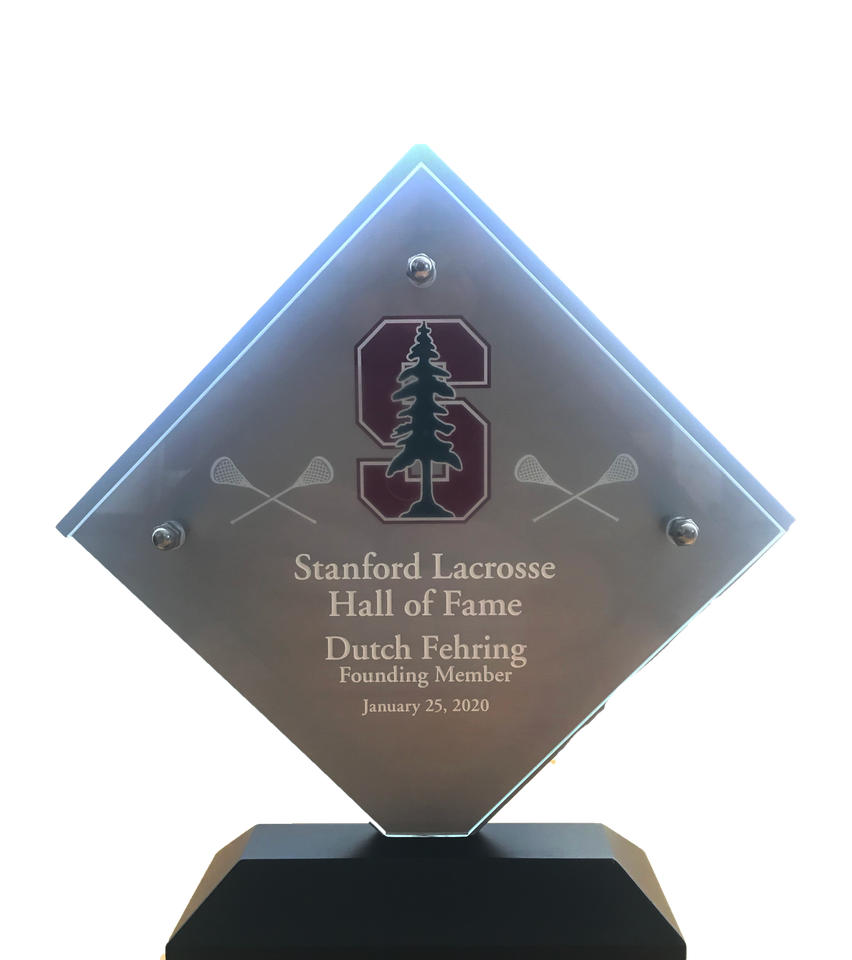 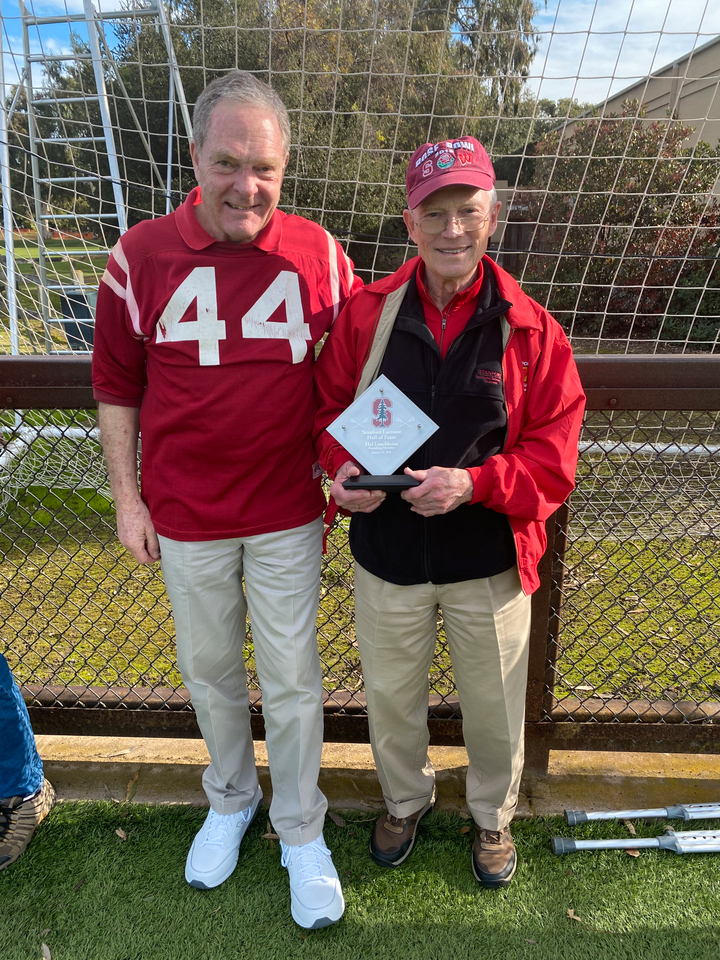 Hal Louchheim (First from Right in picture above with Mel Ellis)  -  Stanford MBA 1964, Stanford GSB Alumni Advisory Board, and former instructor and Curriculum Coordinator for Stanford Continuing Studies. Hal was instrumental in bringing the game of lacrosse to Palo Alto from his East Coast roots in the Early 1960's - Providing the spark which would ignite the explosion of lacrosse on the Stanford Campus during the 1960's 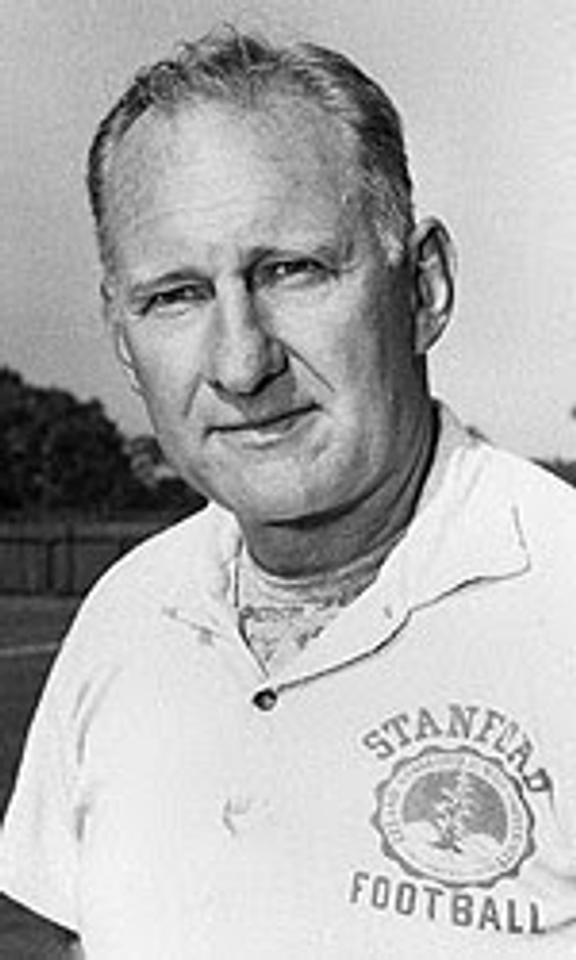 Dutch was the head baseball coach at Stanford from 1956-1967 as well as the Assistant Athletic Director. Despite his baseball and football roots, he had a love for the game of lacrosse and provided field space, equipment, and funding for the club lacrosse team in the mid 1960's. 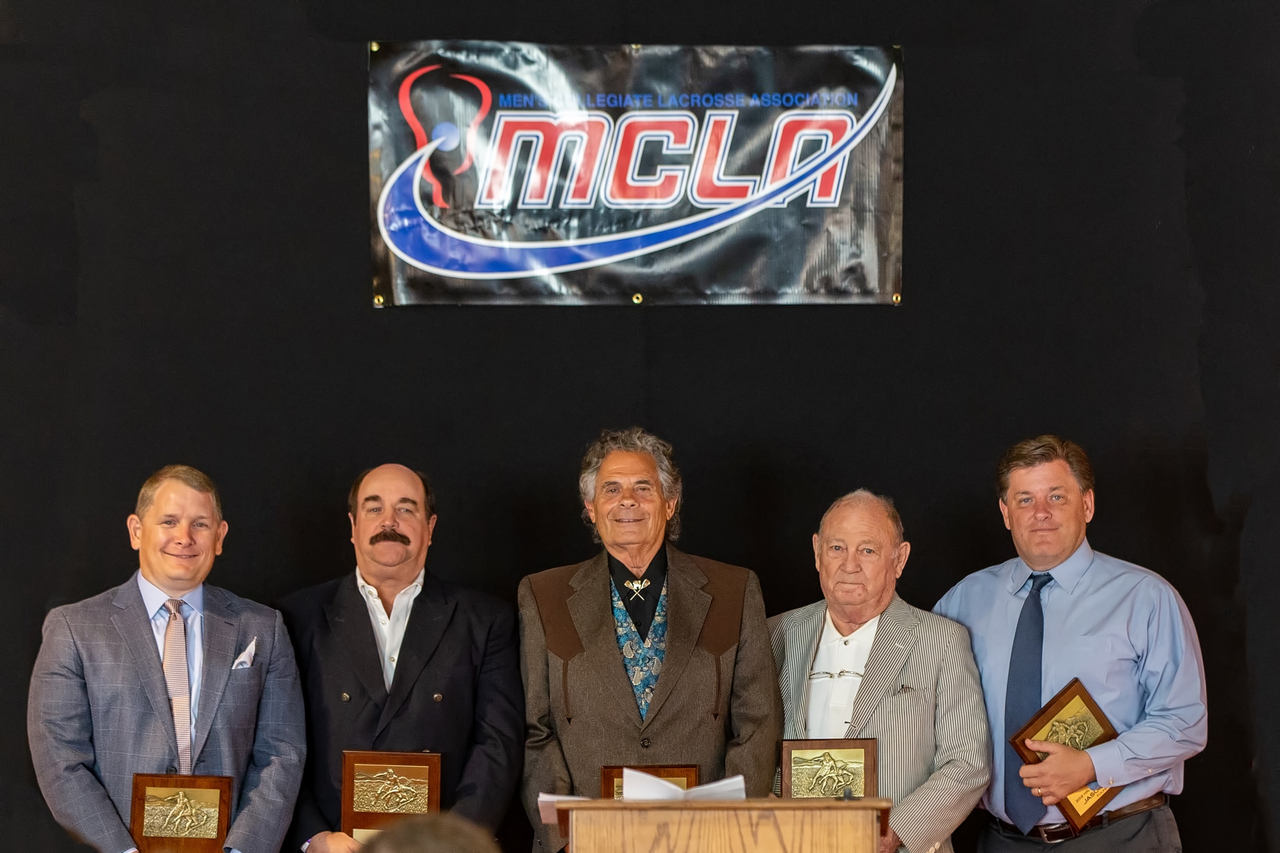 Sam (second from Right above) was the head coach at Stanford from 1974-1989 and the program thrived under his leadership. He is the winningest coach in Stanford Lacrosse History. Sam is also a member of the MCLA Hall of Fame. 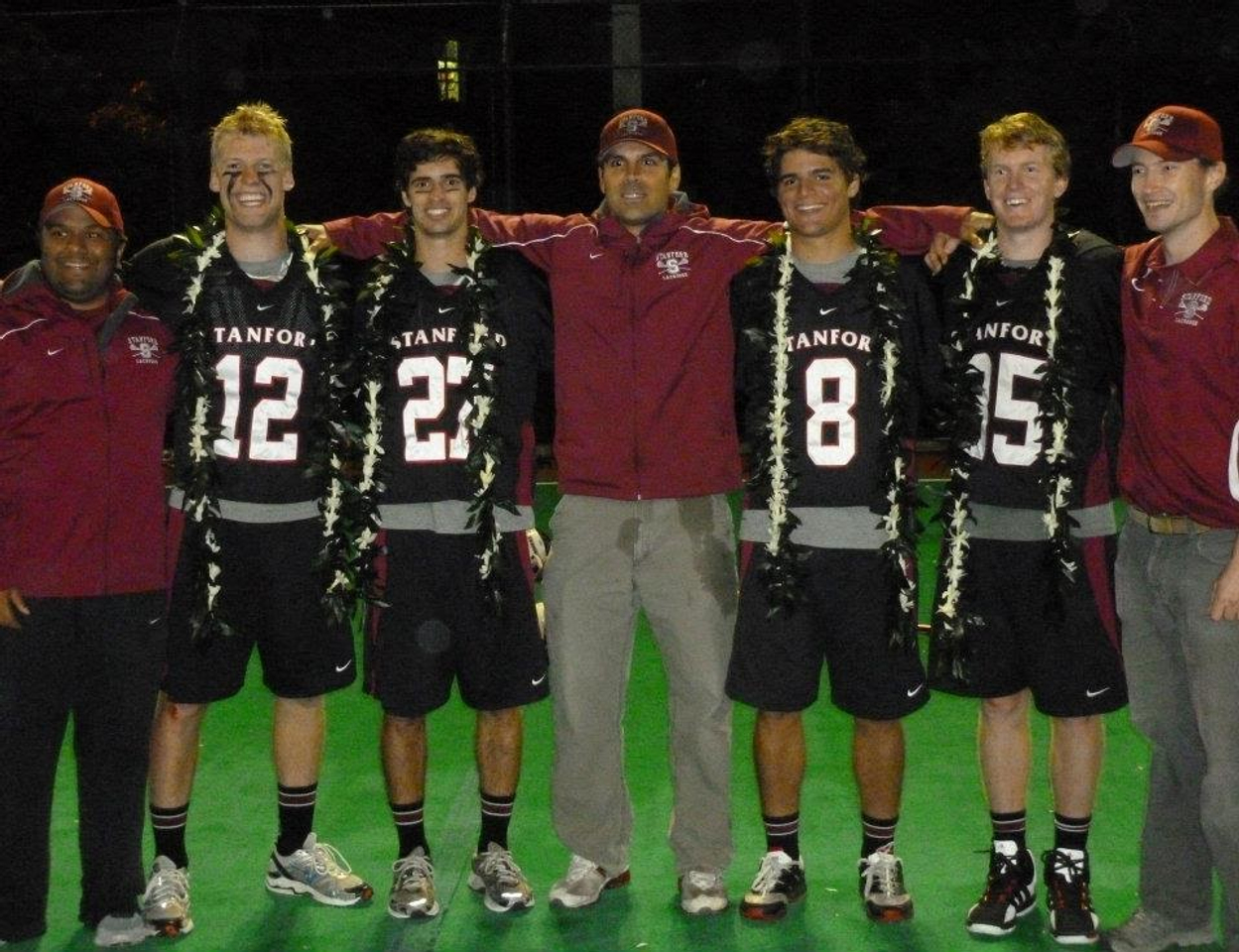 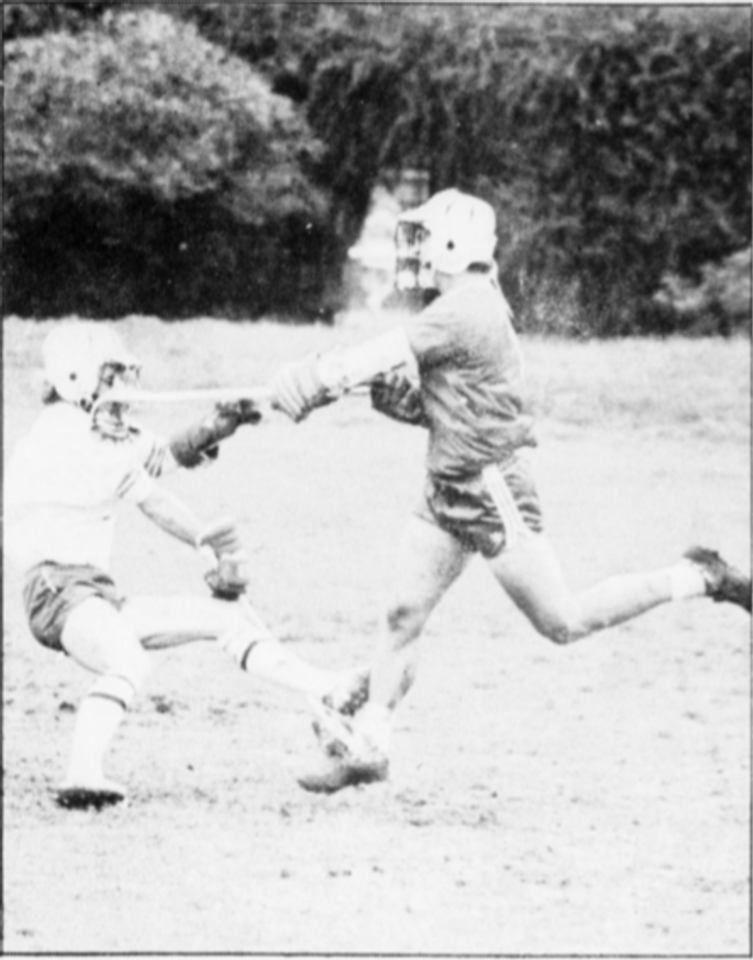 Kirk was a midfielder from 1977-1980. Phelp's was widely regarded as one of the most dominant collegiate midfielder on the West Coast during those years. Known for his speed, power, and scary outside shot. 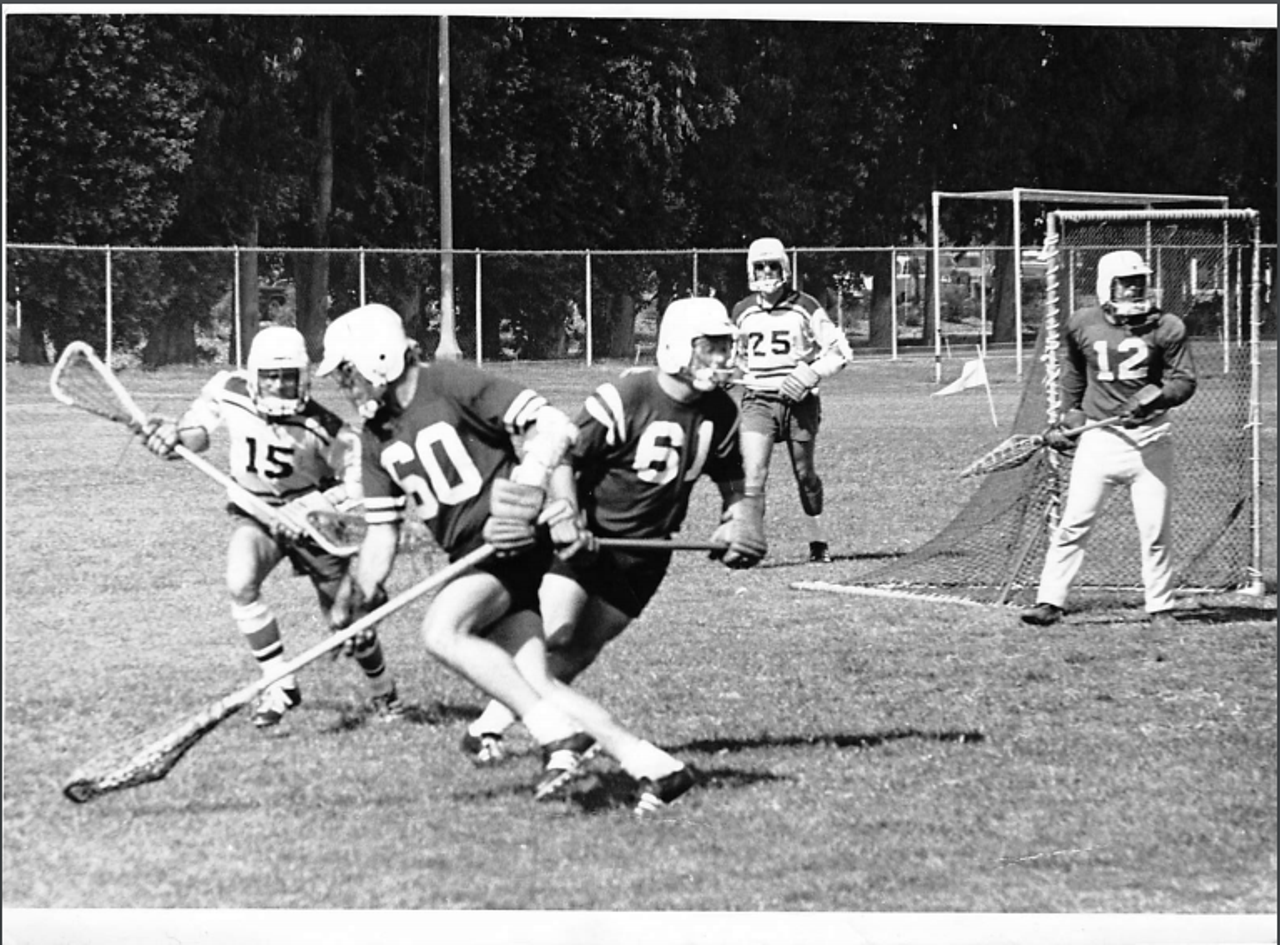 Bill "Fleet" Eakland was a defenseman from 1967-1970 as well as a player coach during the 1971 season. Bill was known for his stick skills, athleticism, as well as his exemplary teamwork and leadership. Bill was named to the  1968 All-West Region Lacrosse Team, which was composed of all college teams west of the Rockies. 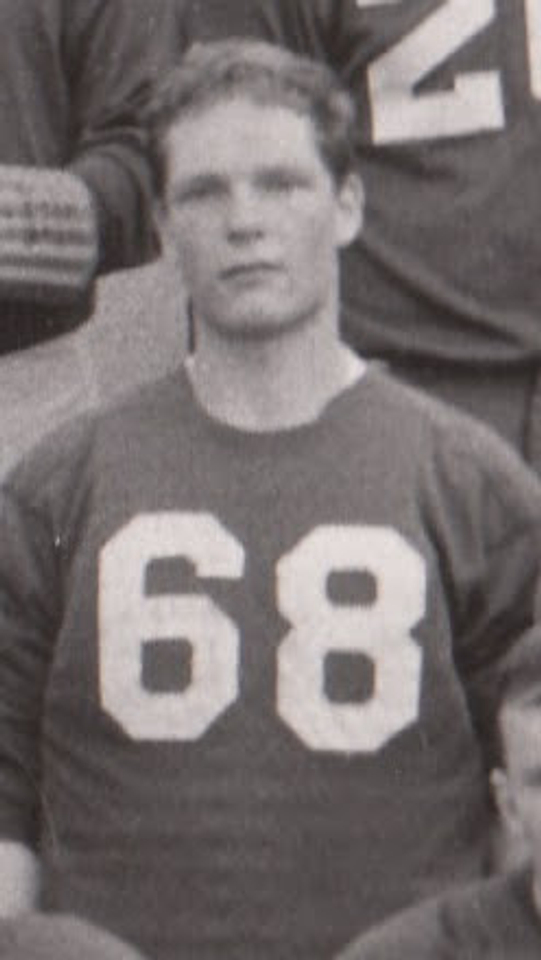 Mel Ellis played goalie during the 1965-1968 seasons. He also served as team captain/co-captain for three seasons from 1966-1968. He and his fellow defenseman were all named to the 1968 All-West Region Lacrosse Team. He was also named NCLA MVP in 1968. 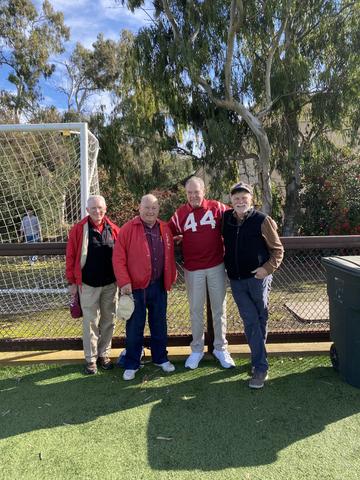 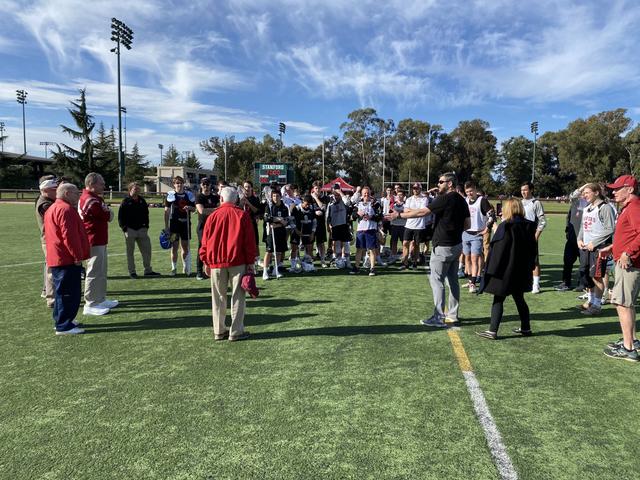 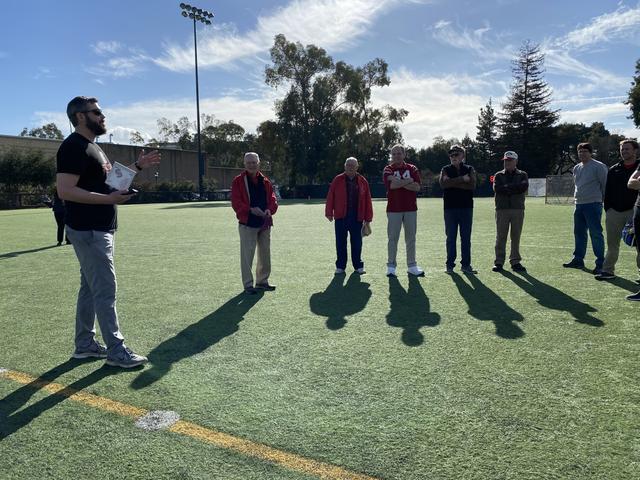 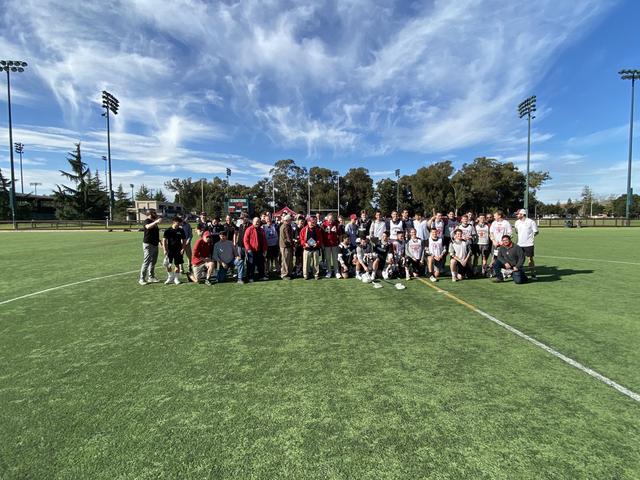 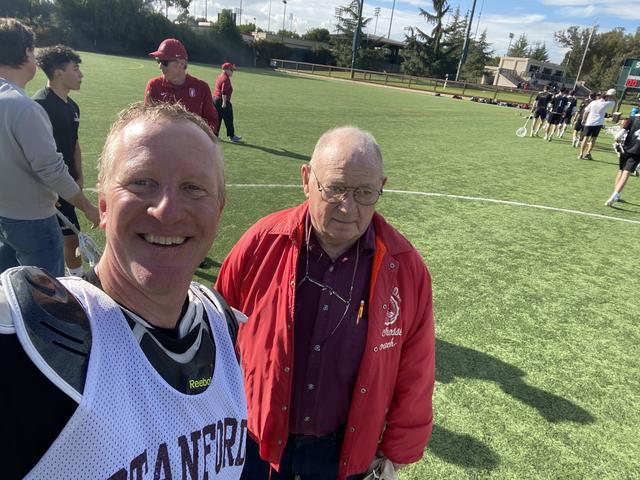 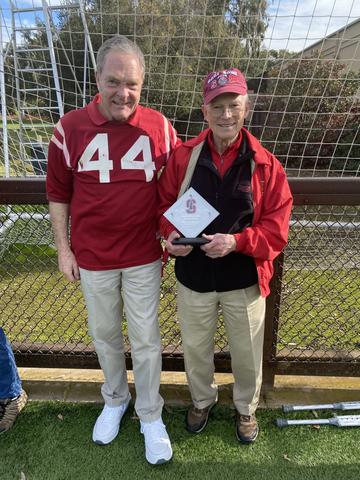 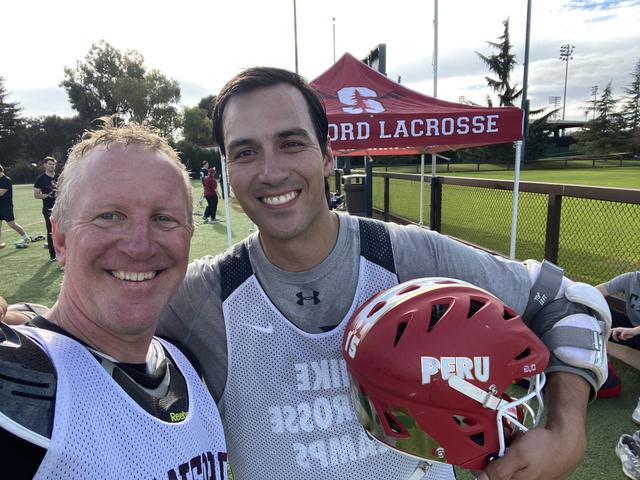 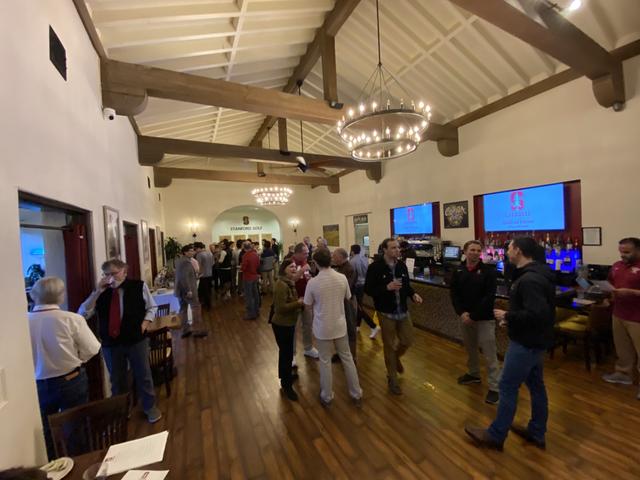 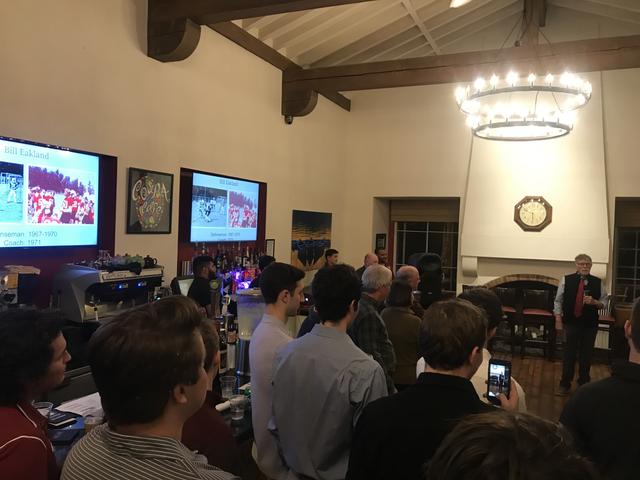 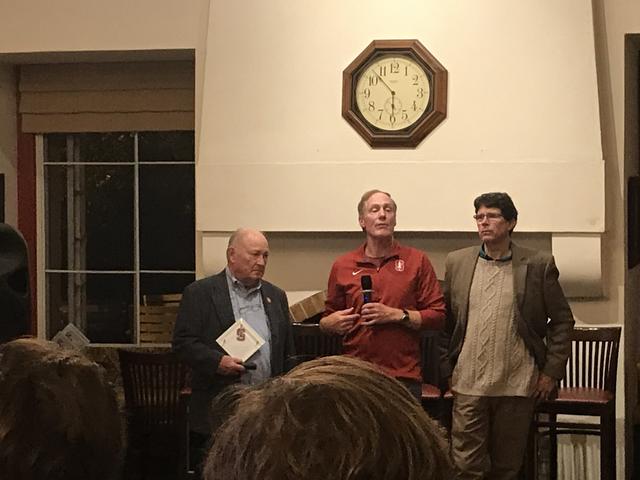 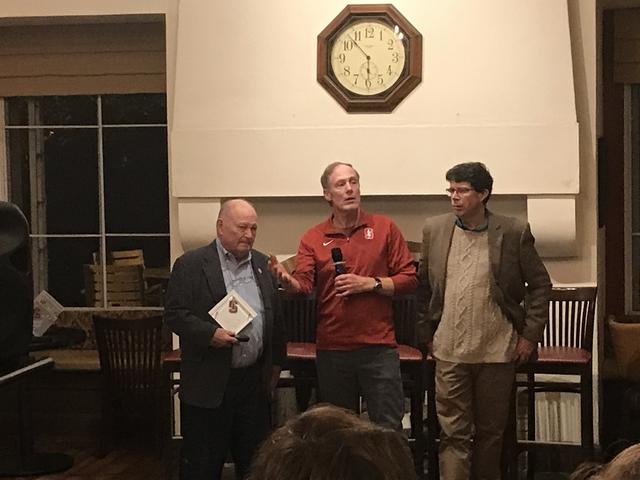 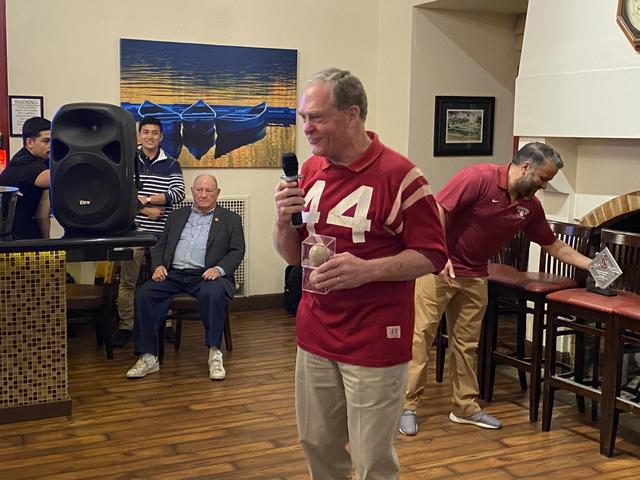